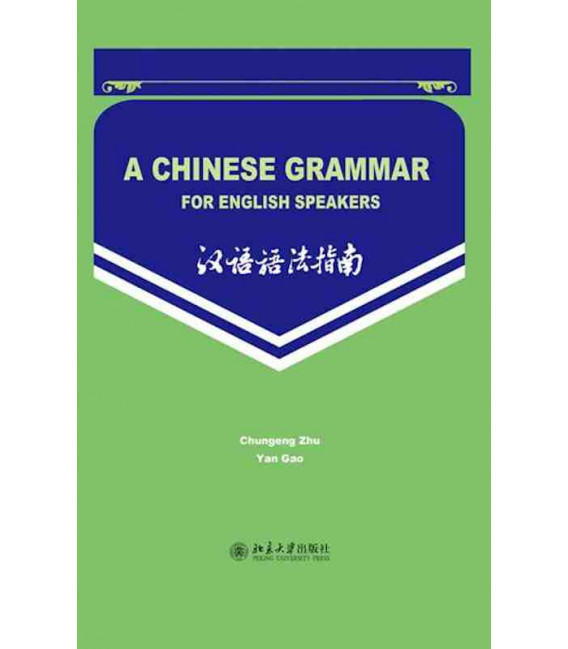 A Chinese Grammar for English Speakers

A Chinese Grammar for English Speakers is a grammar book mainly targeted at English speakers. One of the main features of this book is that it has been written keeping in mind the different nuances between Chinese and English languages, hence, it is a suitable material for English speakers who are currently studying Chinese.

Another main feature of this book is the order of its contents that has been carefully designed. It is divided into 6 parts:

- The second part analyses elements of Chinese sentences such as subject, adverbials, or complements.

- The fourth part analyses sentence types such as interrogative, imperative, or exclamatory sentences.

- The fifth part is focused on time and aspects such as the present, the past, or the future.

- The sixth part is focused on punctuation in Chinese.

At the end of the book, there is an appendix about Chinese characters and their radicals.

All contents of this book include lots of examples written in characters, pinyin, and English.

A suitable material for students of any level, and especially English speakers, who wish to have a grammar book with clear explanations and examples of the Chinese language.